Today, in the age of the Internet and social media, information and news spreads around the world very quickly and in abundance. Usually, it is categorised into trending, local, current events, etc. In the last century, the most trendy and advanced topics of social discussion were introduced by science fiction writers. It was in the literary works of these authors that revealed the future of the world and the changes in the life of all mankind. Readers learned about the possibility of the existence of submarines, underwater and underground cities, aircrafts which would make it possible to see Earth from space and carry out flights to other planets. Some of the authors who not only opened the eyes of the public to the possibility of the existence of all this, but also made readers believe that all that was going to actually be everyday reality in the near future are the infamous J. Verne, G. Wells, and R. Bradbury, as well as the Russian science fiction writers A. Belyaev, I.  Efremov, and A. and B. Strugatsky.

Their works are “literature of hypotheses”, and it inspired and sometimes dictated the paths of future research and science, but it also warned of consequences of its introduction into our lives. After all, inventions are often accompanied with a fight between different powers seeking to exploit them – something nowadays is called “a patent war”. History has proven that many storylines of these fiction novels have become a dream-come true while others turned one’s worst nightmares into reality. Which of the two it’s gonna be depends on what hands all these inventions and discoveries will fall into. One of these prophetic books was the novel of the French writer Pierre Boulle called “Planet of the Apes” released in 1963. The novel tells the tale of three human explorers from Earth who visit a planet, in which great apes are the dominant intelligent and civilized species, whereas humans are reduced to a savage animal-like state. They have lost the ability to think and speak and are exhibited in Zoos and used for  biological experiments. These people are the descendants of those who once staged experiments on monkeys and tested the degree of possibility to teach them everything humans can do. In this noble desire people have advanced to such an extent that at some moment the most advanced monkeys revolted. They locked their owners in cages where they sat themselves and very successfully began to do with them the same things people did with monkeys. Apes gradually took over human homes and started to spend time as people did – smoke tobacco, photograph their hunting trophies, drink through straws and appear utterly civilized. People who were driven out of their homes escaped into the forests and after several generations degraded and descended to the level of the monkeys their ancestors experimented on. The most interesting observation is that from generation to generation apes repeated the same behaviours over and over for dozens of years, lived the same way the first monkeys who attached people did and were not changing anything in their lifestyle. The reason was that while their were repeating the process of the experiments (on people) to the very last detail and in the exact same way they observed it when humans were conducting the experiments on them, they were not able to DRAW any CONCLUSIONS from the results they were receiving. They were not able to advance science further. Their ancestors have seen what people did to them so they could repeat it, but they did so without the ABILITY to THINK. Intelligence is what distinguishes humans from other living beings. Without intelligence there was a process without PROGRESS. The ability to think and evolve are two characteristics only humans possess. 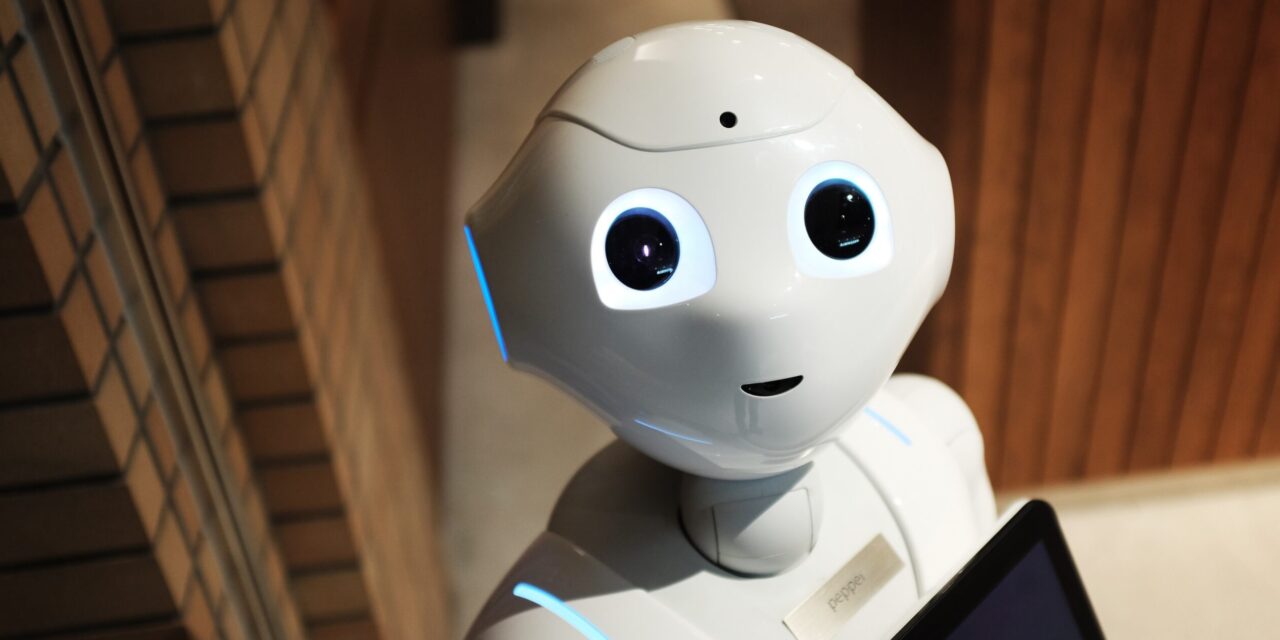 I have elaborated on the moral of the novel in order to try to find answers to the questions – what are robots and what they can bring to human life – both at the scientific and everyday levels. And I will try to answer as an ordinary person, in whose life a robot is being introduced. Be it through medicine, the military industry or everyday life. After all, in life, scientific discoveries can be used for both “good” and “evil” in the same way it is described in science fiction novels. It all depends on whose hands the scientific discovery is in and what goals are pursued by its owners. Very often, even the best discoveries are the source of great evil, such as the invention of nuclear energy which led to the appearance of the nuclear bomb. But sometimes many scientific discoveries, having entered human life, can not only initially be aimed at good or evil, but also turn out to be a trap for humanity, as happened in Boulle’s novel. The appearance of robots was initially received by all mankind with a bang! After all, they replaced humans in activities where either a human was in danger (for example, in demining of mined objects or in space), or due to the “imperfection” of human bodies, due to which humans are unable to perform certain manipulations as accurately as a robot does (for example, eye or heart surgeries, etc.).

While robots have been introduced into our lives relatively recently, today they are already able to replace many types of office employees, drivers, waiters, narrators, and so on. Do you see the parallel with the heroes of the Planet of the Apes? Let’s hope that robots won’t revolt, at least not in the foreseeable future. What remains a fact is that their variety and their large number and involvement in our daily lives is a “double-edged sword”! On the one hand, their presence in our life, both at the scientific and daily levels, truly helps us improve our way of living, but on the other hand, it condemns us to a certain kind of loneliness. The advent of robots has made life more pragmatic and rational. Additionally, the introduction of robots into our life has greatly advanced many areas of industry, healthcare, and science, but unfortunately that decreases the human factor in our interactions, since concepts such as emotions, soul, humanity and spirituality are gradually disappearing from our life. January 21 marks the “International Hug Day”. It was established in the United States, in 1986 and very soon became a favourite around the world. On this day, even a complete stranger can be embraced in a friendly and warm hug. Psychologists believe that the desire to embrace others is a desire to experience a sense of security, comfort and love. After all, if we take a short trip down memory lane, we find out that we hug people who are dear to us (or not yet), throughout our lives for example when we meet or before or after a long separation. We use hugs to express our joy and gratitude for each other. And usually, we accompany the hug with a smile.

Now imagine that you come to work and you are surrounded by robots. Or even after work when you turn to any service sector, be it a dry cleaner, a cashier at the bank, a waiter at a cafe or a restaurant – and you are served by robots everywhere – they clean clothes very efficiently and return them to you on time (without messing up), they do not cheat when giving you change and do not forget your exact order in the restaurant. All this is done without a soulful smile, but in a clear and qualitative manner and on time. Will you miss the chit-chat with co-workers or the random communication with strangers in the shop? The exchange of emotions will become limited to friends and relatives. Will it strengthen the limited relationships or will they gradually fade away, as people drift apart from each other? Maybe it’s no coincidence that the international Hug Day was established at the end of the 20th century, when the robotization of science and technology actively begun and hints of it started to appear in our everyday life. Maybe it was already then that people, purely on a subconscious level, felt the urge to focus their attention on humanity’s need to embrace a person and feel their human warmth. Fast forward to today – the urge became even more noticeable during the pandemic. It’s been two years now that people have not been allowed to touch each other, so what kind of hugs can we talk about? 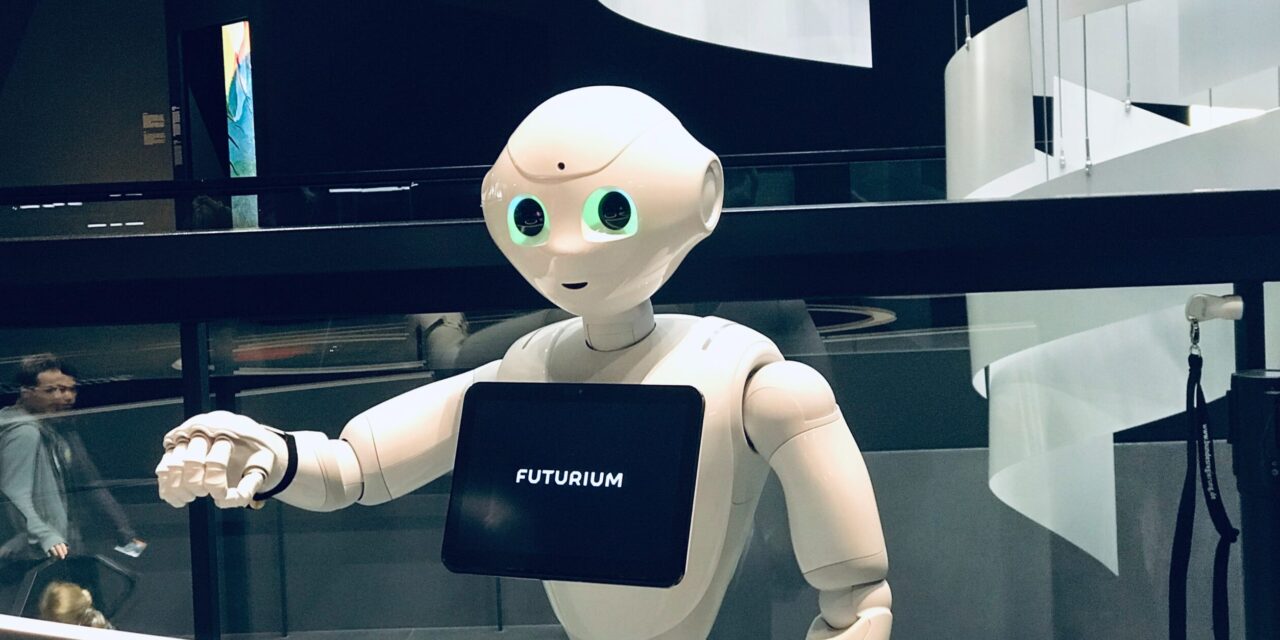 Today, as never before, robots have become relevant in the service sector. However, it may be wise to follow the ancient Greeks saying “all is good in moderation”. While investing heavily in developing all kinds of technologies and robotizing or transferring all spheres of human existence into a virtual state, we should not forget to invest as intensively in ethics, rules and regulations that would systematize the introduction of these technologies into human life.

Since ancient times, when community living became the norm, mankind has invented laws, thanks to which people are provided with the possibility of peaceful coexistence. Even the 10 commandments of Christ were a sort of “regulation”. Their aim was to restrict a person in their negative deeds.
In the same spirit, instead of trying to stop scientific progress, it is much more effective to do so, while focusing on the “do no harm” principle. The more pragmatic we become towards life, the less we share or try to maintain a common “moral code”. While the old ethics become outdated, people have “no time” to invest efforts in new ethical concepts addressing challenges of their times and drift apart mentally, spiritually, and emotionally, leaving more and more room for the establishment of a technocratic society. Luckily, today, a society built on the principles of “meritocracy,” where the power belongs to scientific and technological specialists, is still a hypothetical scenario. The idea is not new however – Plato (400 BC) spoke about the usefulness (?) of transferring the management of society to a separate category of people – “the bearers of knowledge and wisdom”, the philosophers. The degree to which such control can manipulate people and their lives is very well depicted in the novel “Pharaoh” by the famous Polish writer Boleslaw Prus in 1897. The author describes in a very talented manner how priests of ancient Egypt, who “had extensive knowledge in various fields of science” took advantage of their people out of desire for power and enrichment. While the power of technocrats and the services they provide on an everyday life level seems incomparable, imagine your life without all the gadgets that make your life easier. If suddenly for one reason or another people were deprived of the opportunity to use the internet, mobile phones, smart-home appliances and so on, wouldn’t they feel lost and helpless?
Given the fact that the past 2 years have raised the issue of our very (physical) existence, focusing just on solving the psychological, spiritual and mental problems of the 21st century is not enough anymore. We need to do all that while addressing our survival on planet Earth.

previous
Forget about sci-fi. Flying taxis are just around the corner!
next
Smartwatches: a “watchdog” at your wrist