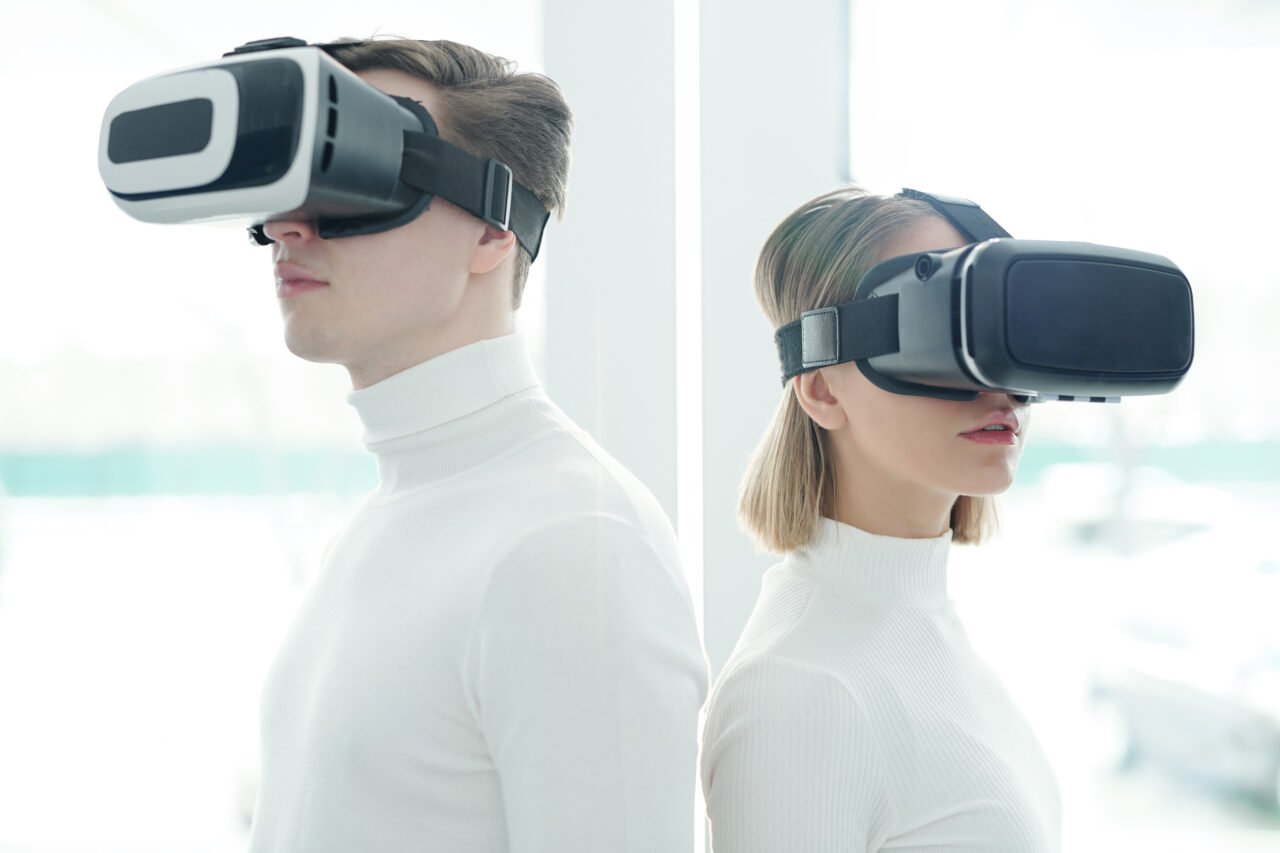 In our parents’ time, people wanted to become doctors, civil engineers or lawyers. These three professions were the guarantee for affluence, prosperity and for unhampered professional progress.

In our generation – people who grew in the 70’s and 80’s – things changed but not dramatically. Still, there was a great demand for the above mentioned sectors which remained a rather secure “passport” for the future. Nevertheless, in the past 20 years, the so-called 4th Industrial Revolution has fundamentally changed the way we live, breathe, work and relate to one another. Becoming a doctor is great but performing operations from a distance using robotics seems even greater. Constructing houses may be interesting, but creating new sustainable building materials may be more useful for society. Legal support will be always necessary but saving time through new online procedures may save time and money to lawyers and clients alike. 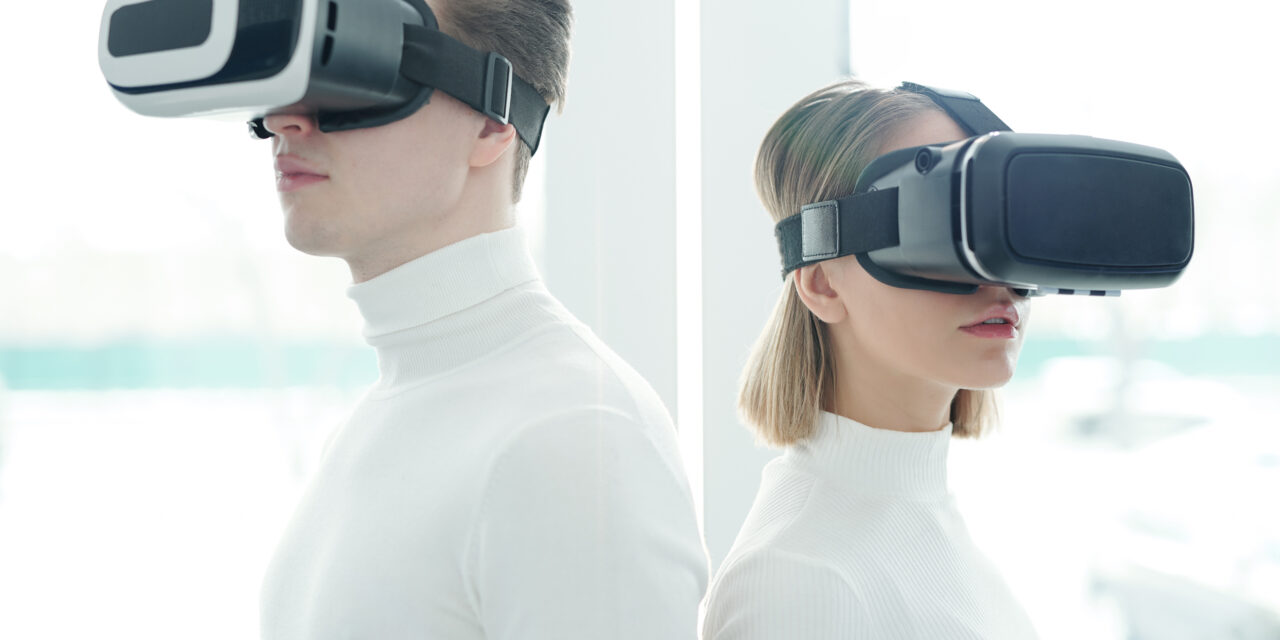 The answer is “yes” and of course it is no new question. But now it seems more up to the minute than ever. As artificial intelligence and robotics have started to enter our everyday lives by performing tasks traditionally assigned to humans with efficiency and greater speed, the question now has moved one step ahead: when and on what grounds should we put a red line on the “intrusion” of programmed devices in our workplace and everyday lives? How can we protect millions of unskilled workers from this technological boom? How and when will we create education and skill-building programs for people who will need to adapt to this new era? Will they be able to keep up in the race with artificial intelligence tools? How can we inform young people about the new potentials of their future professional life?

The workforce transition will be fierce during the upcoming years. According to a 2017 report by McKinsey Global Institute, between 400 million and 800 million individuals could be displaced by automation and will need to find new jobs by 2030 around the world. Of the total displaced, 75 million to 375 million may need to switch occupational categories and learn new skills. It is important to note that the potential impact of automation varies by occupation and sector. Activities most susceptible to automation include physical ones in predictable environments, such as operating machinery, preparing fast food or collecting and processing data. On the other hand automation will have a lesser effect on jobs that involve managing people, applying expertise and require social interaction, and where machines are unable to match human performance, like psychiatrists, nurses, gardeners, plumbers, providers of childcare and eldercare.

Seriously? You’re asking about the workforce of the future?

As if there’s going to be one? 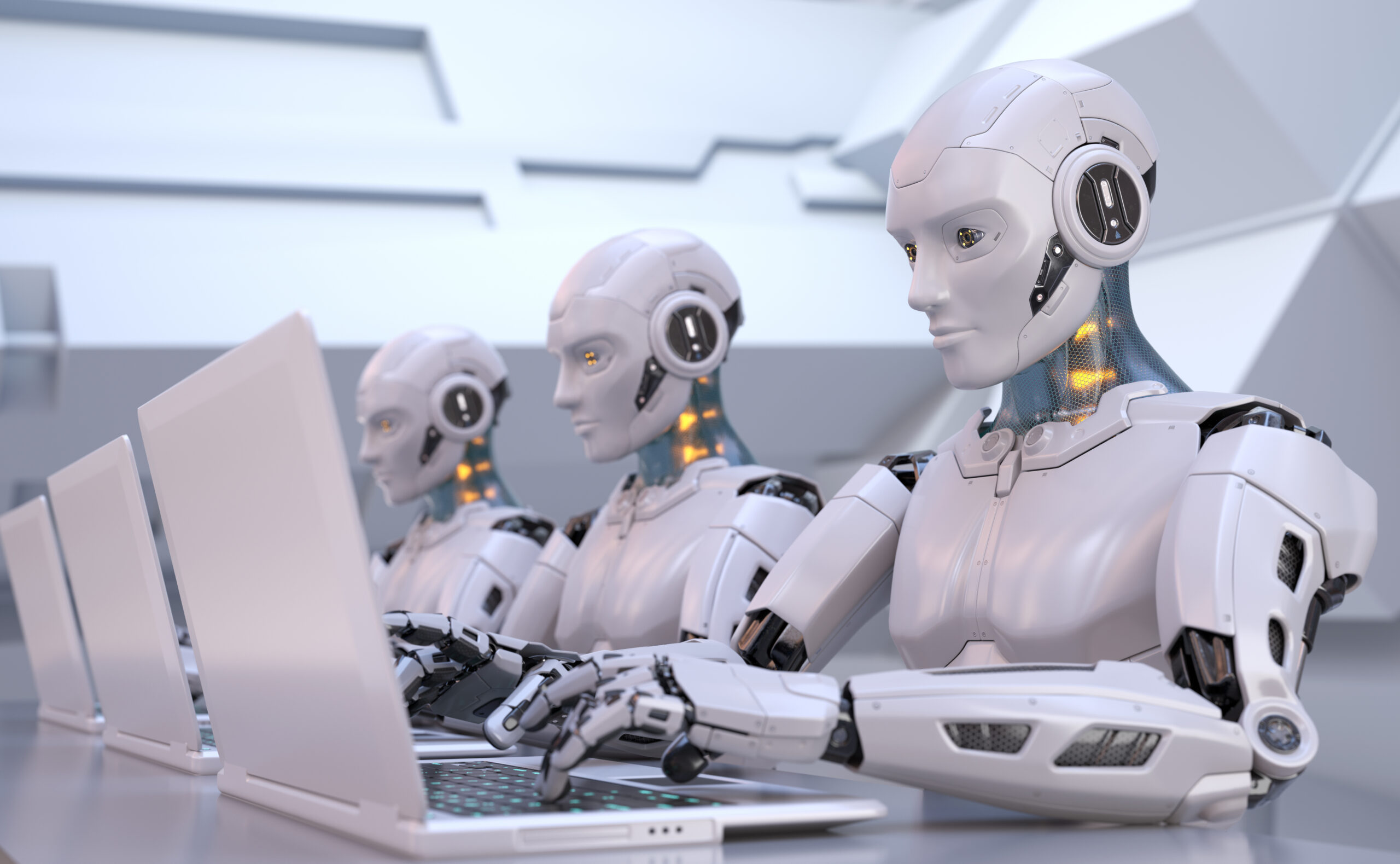 The magnitude of change: the 4th Industrial Revolution

History is repeating. Surely. But when we compare this new era of the 4th Industrial Revolution, we can find some dramatic differences in its scale, scope and complexity. This is not merely a prolongation of the 3d Industrial Revolution but rather a new and distinct revolution. The 1st Industrial Revolution used water and steam power to mechanize production, the 2nd used electric power to create mass production and the 3d used electronics and information technology to automate production. Now the 4th one is taking automation to new levels, blurring the lines between the physical, digital, and biological spheres and using technologies to perform tasks previously carried out by humans, ranging from piloting vehicles to accounting and law.

Although history has shown us that technology has created large employment gaps, at the same time, it has created new jobs. It did so in the past as well. During the 1st and 2nd Industrial Revolution, people who worked as craftsmen and artisans, lost their jobs due to the rise of manufacture and mass production. At the same time, the demand for labor at the factories around the western world rose significantly due to the exact same reason. Women who made fabrics at home using a hand loom, now had to learn how to use the so-called “spinning jenny”, an invention that played a significant role in the industrialization of the textile industry.

If we consider history as a guide, we could also expect that 8 to 9% of 2030 labor demand will be in new types of occupations that have not existed before. If countries manage to have sufficient economic growth and invest in innovation, then there can be enough new job creation to offset the impact of automation. It all comes down to each country’s profile, as for example China cannot be compared in equal terms with Greece, Australia or Germany. If there are countries that will fail to manage this transition, they could certainly see rising unemployment and depressed wages. 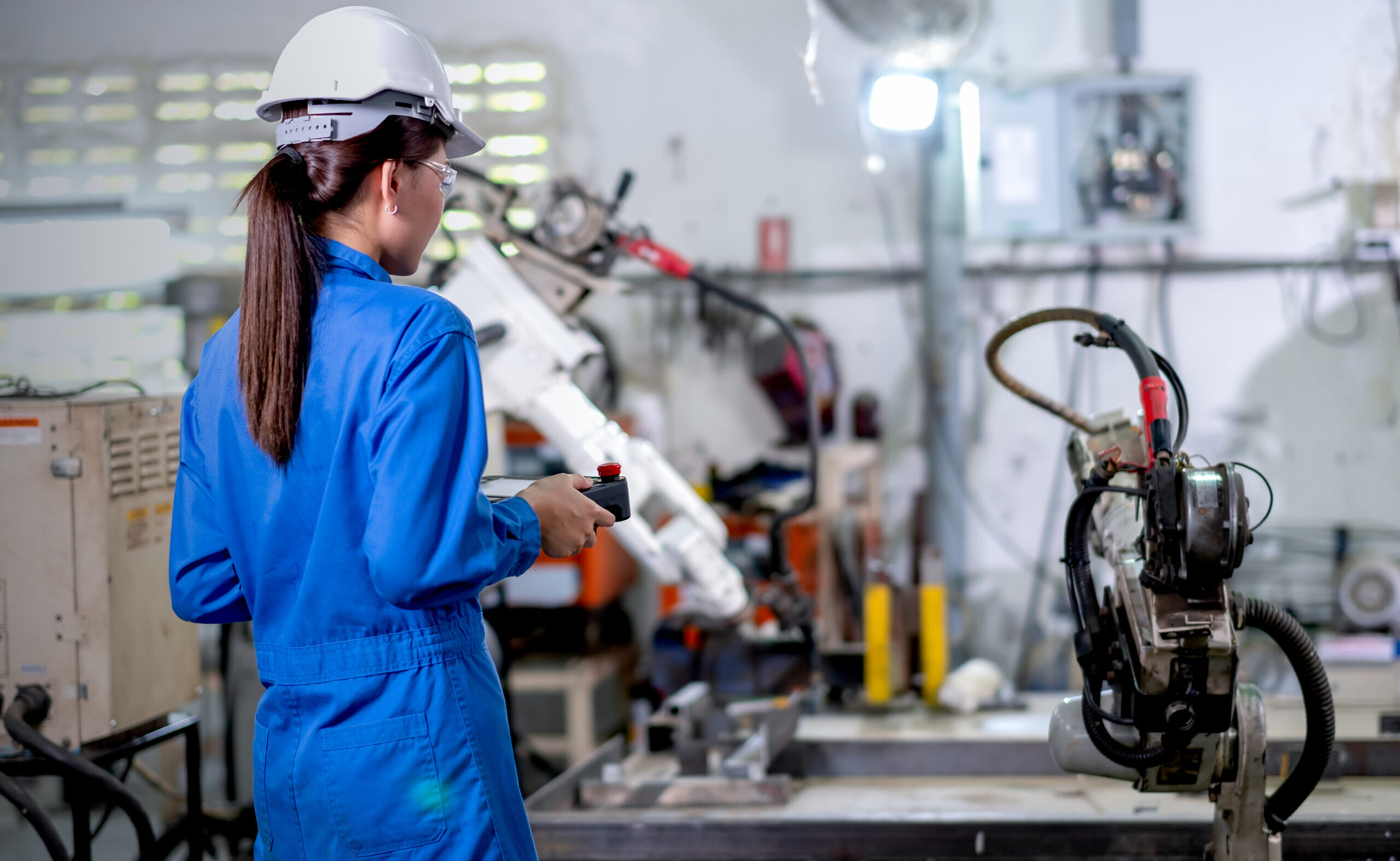 Machines will always be one step ahead of humans when it comes to collecting and processing data, making calculations or automatic movements. Nevertheless they can never exceed human’s capability of communication, interaction, logical reasoning and creativity. This means that workers of the future will spend more time on jobs that involve managing people, applying expertise or communicating with others. Let’s see which sectors will be at growth the upcoming years:

Which jobs will be in high demand?

“What should I study in order to find a good job in the future?” is the number one question among young people, mainly those belonging to the so-called Generation Z, thus the ones who were born in the digital age. Let’s have a look at some of the most highly valued and paid jobs out there.

The engineer has been, and is, a maker of history.*

From the hand ax to CERN, machines have always been at the epicenter of human progress. If you manage to invent things that solve tantalizing problems, then you become a real influencer in society. Any kind of engineers, the ones who create new environmental management systems or work in the industry or building sector (civil engineers, architects), will never become redundant.

Online teacher
The potential to reach more students at the far greater corner of the planet is sweet and attractive. The pandemic has already brought to the surface the need for distance learning and this has led to a boom to online teaching with an abundance of new digital tools and e-learning platforms.

A healthy mind in a healthy body
All kinds of professions that have to do with human well being. From doctors and nurses to therapists, psychiatrists to personal coaches on physical activities and speech therapists, the demand for all health related jobs will be in greater demand in the upcoming years. Modern way of life and the need for a better body image as well as the stress related problems have already led to a greater demand for this kind of expertise.

Epidemiologist
The word has entered our everyday vocabulary. Since predictions for new upcoming pandemics tend to be rather gloomy, it seems that the profession of the epidemiologist will be “unfortunately” more and more demanding and demanded.

Wearables developer
Glasses, watches and other devices have become smarter than ever. They can measure our heart rate and blood pressure, notify us abοut our flight time or better our sleeping habits. People behind these smart accessories are already in the fast lane for the next big invention in their sector.

Geneticist
It is said that it is the profession of the future. No one could ever have predicted the decoding of the DNA’s double helix in 1953. Thus no one can predict the progress of genetics in the upcoming years, with the identification of the diseases a person might develop in the future being at the top of the scientists’ goals.

Bob the builder
Good to know that your “smart” refrigerator will tell you what is in your fridge in real-time from anywhere, but what happens when it breaks down leaving you without food for a day? The need for technicians, electricians, plumbers, etc is and has always been in high demand. Moreover, the construction sector – which is booming again after some years in decline – needs builders, wood traders, cablers, electricians, etc who are often in shortage mainly in western societies.

Seismologist
It has become very “trendy” following the tsunami in Asia in 2004 while in our seismogenic country, Greece, you will never get out of a job. You have to study hard geology and/or geophysics in order to become a seismologist, but it will repay you with the pleasure of saving people’s lives.

Organ creator
According to Crimson Education it is estimated that in the future scientists will create organs for transplantation. Υou could be among this scientific elite if you choose to study molecular biology or mechanical bio-medicine among others.

previous
Step by step guide to acquire the Participant Identification Code in Funding & Tenders Portal
next
Inside the mind of Horizon Europe...