If they are priced correctly, air taxis may be able to democratize travel in cities where there is no public transport alternative or where the congestion and size of the urban area (Sao Paulo is the classic example) are so great.

Is it a spoiler or a saviour?

Imagine this: after a long week at work, you decide to go for a walk, on a Saturday morning, to the closest mountain or beach to your city, with your family or friends. You have just arrived at a wonderful spot and you are preparing your picnic, with the only sound surrounding you being the wind blowing from the sea or flowing among the trees. Suddenly, an awkward flying object with a couple of propellers and a disturbing noise enters your zone of tranquility and spoils the whole thing.

Then imagine this: you are in the same spot, having a good time, eating your sandwich and drinking your wine when suddenly, your kid that decided to climb a tree, falls and breaks his leg. Your car is parked 10 minutes away on foot and the closest hospital is half an hour away by car. What would you say if this awkward flying object would turn out to be a flying ambulance coming on spot and offering immediate medical help? Or even what if it could deliver some first aid medical material on spot?

Based on the above example with your kid’s broken leg, you can only start to imagine the perspective of using drones in the medical field. From carrying medical equipment to hospitals or to other medical centres like today’s Covid-19 vaccination centres and to remote areas up to offering immediate medical help to people in need, drones’ contribution to a more effective healthcare system seems more than certain.

An EU funded programme named SAFIR-Med*, is underway, focusing on exactly this area of implementation. It is a U-space large-scale innovation project that demonstrates how drones can be used to support Europe’s healthcare system to accelerate the adoption of drones into the healthcare system in a safe, sustainable and socially acceptable way. Through operational exercises in real urban environments and large-scale simulations, the partners of this project are already trying to find solutions to safety and security issues attached to the complicated aerial environment of modern cities – tall buildings, cranes, cultural monuments, cables, other aircrafts, etc. Its vision is to achieve safe, sustainable, socially accepted and socially beneficial urban air mobility. Read more about SAFIR-Med’s achievements in this field here: https://www.safir-med.eu/news.

An impressive achievement of the SAFIR-Med project was the performance of the first ever SORA compliant BVLOS transportation flight over the populated area of Antwerp, under the new EASA UAS regulations. The flight took place on the 21st June of 2022 and it marks an important milestone for future flights over populated areas.

Urban centers across the globe are struggling to come to terms with the rising vehicle numbers and the resulting congestion, especially during peak traffic hours. According to research conducted by Bernstein Firm some years ago, the global number of cars on the road will nearly double by 2040, with their number reaching the two billion by the same time. With drone taxis becoming widely commercialized, ground traffic is expected to decrease. Drones will usher in a nimble form of intra-city travel, transporting people by the shortest possible route between two locations. An air taxi designed by Joby Aviation and funded by Toyota promises to help a billion people save more than an hour in commuting time every day.

“If they are priced correctly, air taxis may be able to democratize travel in cities where there is no public transport alternative or where the congestion and size of the urban area (Sao Paulo is the classic example) are so great,” says Dominic Perry, an aviation journalist and deputy editor of Flight International. 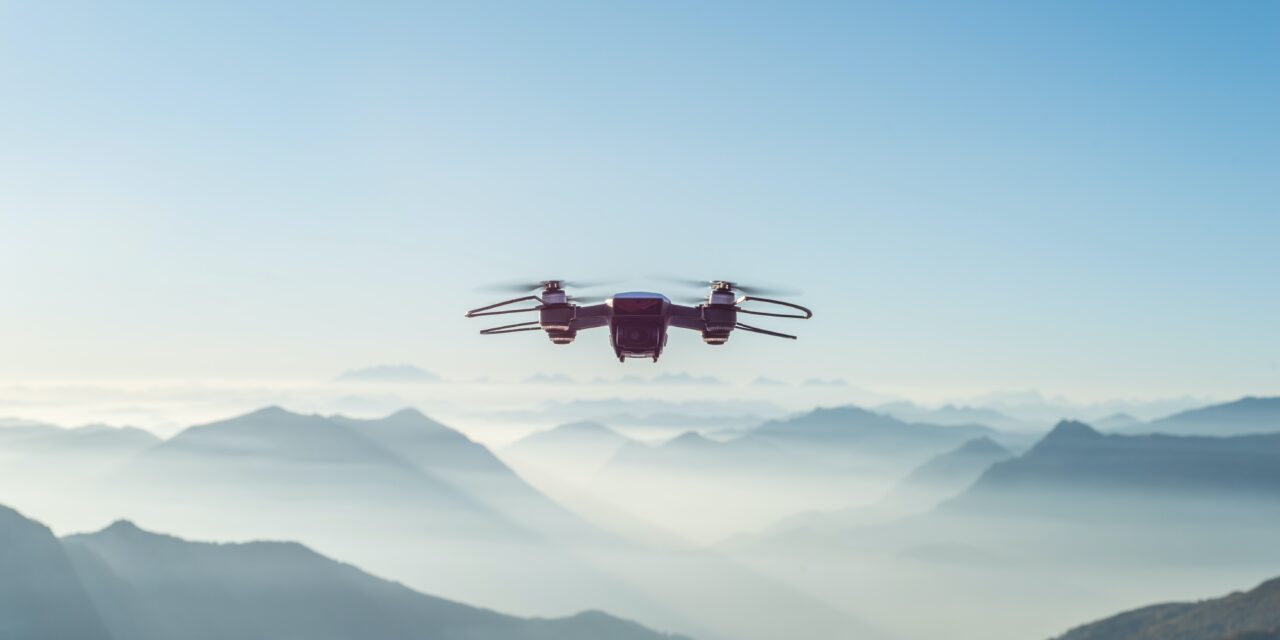 Yes, they can also carry passengers

By this, we mean doctors, firemen, paramedics, rescuers, explorers, or simple professionals who want to get to their appointment on time and tourists who want to experience how the world looks from above. This cutting-edge technology carries the Chinese expertise and innovative thinking. Its name is Ehang 216 Drone Taxi and it is designed by Ehang, an Autonomous Aerial Vehicle Technology company from China. It is all electric powered thus eco-friendly (it can be charged by 220V or 380V power supply in 1 hour at the fastest) and energy efficient, and it can transport human passengers providing a low-altitude short-and-medium-haul transportation solution for the future. It mainly aspires to make our cities smarter, by reducing transportation time and avoiding traffic congestions. Having a compact design, Ehang doesn’t take up much space in the sky or even while parked.

What about Ehang’s security?

Last but not least, the factor of security. This drone taxi carries a technology of autonomous flight which eliminates the possibility of failure or malfunction caused by man-made errors. Without any concern about controlling or operating the aircraft, the passengers can just sit and enjoy the journey. Flight routes will be surveyed in advance to present multiple feasible plans for the user. It uses 4G/5G as the high-speed wireless transmission channel to communicate smoothly with the command & control center, thus enabling remote control of the aircraft and real-time transmission of flight data. The redundancy design of backups for all major flight components, together with a built-in fail-safe system in the flight control system which evaluates the health condition of the aircraft in real-time, are factors that ensure safety. In case of emergency, the command & control center has the ability to step in to ensure the safety of passengers and aircraft to the greatest extent.

The competition is fierce

It is not surprising that from large aviation companies and the automotive industry to venture-backed start-ups and Uber, are rushing to grab a foothold in this nascent market. According to the EU, within 20 years, the emerging European drone sector is expected to directly employ more than 100,000 people and have an economic impact exceeding €10 billion per year, mainly in services. According to a recent Morgan Stanley Research study, the market for flying cars, now known as electric air taxis, should continue to mature during this decade, soaring to $1.5 trillion globally by 2040.

The aforementioned air taxi designed by Joby Aviation will carry four passengers plus a pilot, will travel more than 150 miles on a single charge, will be 100 times quieter than conventional aircraft during takeoff and landing, and is near silent in flyover. Uber partnered with Hyundai to design an electrically powered “personal air vehicle,” which will have the capability of carrying four passengers on trips of up to 60 miles and at speeds reaching 180 mph. They will be able to cruise at altitudes up to 2,000 ft. Other air taxis made by Boeing, Airbus, a German start-up called Lilum Aviation, KittyHawk, Surefly, the German company Volocopter, SkyDrive in Japan, Vertical Aerospace in the UK, and Jaunt Air Mobility and Beta Technologies in the US, and other big or smaller “players” have already begun to pour money researching and designing their prototype drone taxis.

What’s in the works?

Some months ago, German drone taxi startup Lilium announced plans to build a 56,000-square-foot transportation hub – named vertiport – in Florida. Lilium believes its drone taxi service will be operational by 2025, offering short trips in the Orlando area with its electric five-seater Lilium Jet.

Hyundai’s Urban Air Mobility Division recently announced that it is partnering with the U.K. to develop a site for testing the use of taxi drones – a place where taxi drones can land and take off. The site will be called Air One, and it will be built by Urban Air Port, a U.K.-based company focused on creating infrastructure to support UAM (Urban Air Mobility). The same company plans to build 200 such sites by 2026. Hyundai on the other hand, plans to launch its taxi drone commercially by 2028.

Another huge project named AMU-LED, funded by the EU, just started testing taxi drones and other UAVs (Unmanned Aerial Vehicles). The project features 17 different companies, including Boeing, Airbus, and Ehang. Over the next two years, consortium members will conduct UAM tests in Spain, the U.K., and the Netherlands. The final goal of the project is to complete over 100 hours of demo flights, demonstrating the reliability of UAM technology for: air taxis, cargo transport, delivery of goods and medical equipment, inspection of infrastructures, police surveillance, and emergency services support. 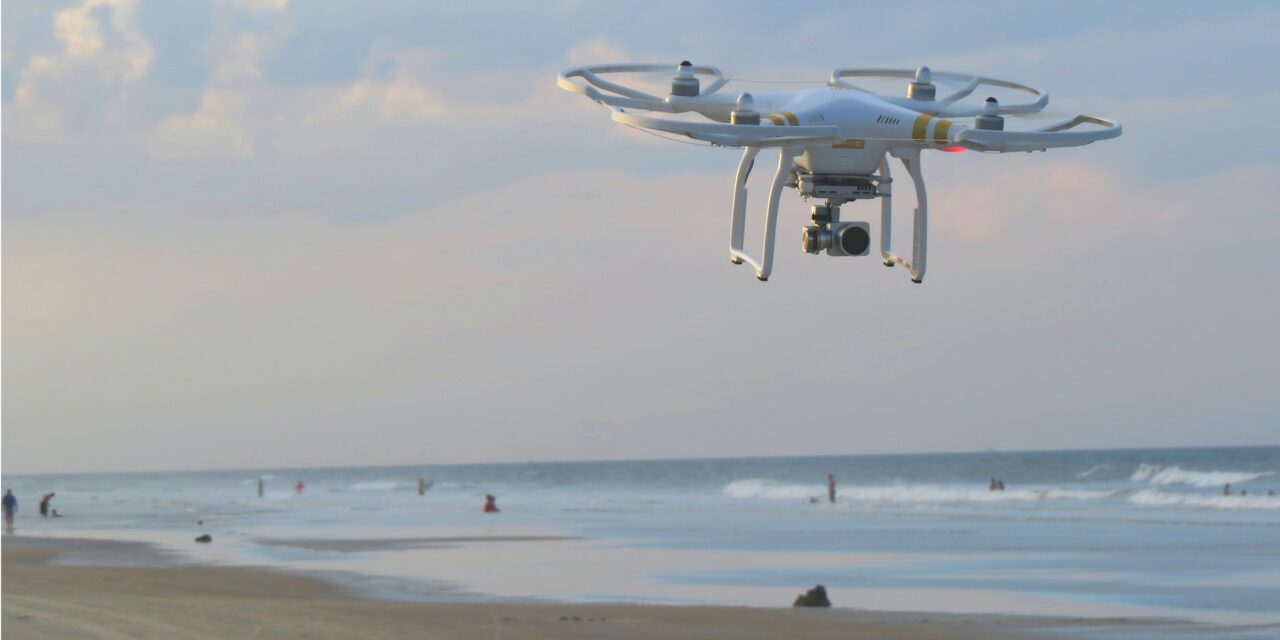 In the battle against Covid-19

so, no wonder why many countries in the world have already deployed them for delivery and transportation purposes. Some other countries – like China, Spain, South Korea and others – also have used drones for aerial spraying of disinfectants in public outdoor spaces to contain the spread of the virus, though scientific evidence suggests that this application has little to no evidence of efficiency and effectiveness. What’s more, drones have been used for public space monitoring – video surveillance and broadcasting of voice messages – triggering criticism from human rights activists.

In Alabama, the state senate recently contracted with a company called Draganfly to use its robotics technology to detect potentially infected people entering government buildings and direct them to rapid COVID-19 testing if needed. This is done by a smart detecting system which takes contactless temperature, heart rate and respiratory rate readings. In addition to monitoring people for signs of infection, Draganfly drones can actively disinfect areas by flying over them and spraying disinfectant. It’s been used at stadiums and other large venues to sterilize the area before an event.

Many other companies have developed technologies on disinfecting methods using drones. Lucid Drone Technologies has developed a drone that can clean 200,000 square feet per hour, which is at least 20 times faster than having a human walk around trying to wipe everything down. Another company, Digital Aerolus, uses UV radiation to destroy the virus in indoor places like schools where spraying large amounts of liquid is not practical. Their Aertos 120-UVC drone has several UV-C light emitters that would give a human a nasty sunburn in just a few minutes, but hopefully would also be enough to kill the COVID-19 virus.

Ten drones controlled from a mobile operations centre in West Scotland will carry Covid-19 test samples, medicine, essential personal protective equipment (PPE) and Covid-19 testing kits to rural areas. This comes after two weeks of successful trials of a drone delivery carried out by Skyports, the first operator to receive permission by the UK Civil Aviation Authority (CAA) to carry diagnostic specimens by drone. It has been found that these drones can significantly increase the speed of transport, reduce journey times from up to 36 hours for a road and ferry journey to 15 mins, while also increasing the frequency of pick- ups.

In December 2020, for the first time ever, a drone was used to deliver a test for Covid-19 to a ship in the Elefsina area in Greece, covering 2 miles in 3 minutes while with a vessel, it would take 20 minutes. The company said vaccine delivery would follow at a later stage.

previous
For drones, the sky is not the limit.
next
Will robots steal our jobs?